Solidarity activists joined Palestinian residents of the Ramallah-district village of Nabi Saleh to protest against the ongoing massacre in Gaza. So far, over 2000 people have been killed in five weeks, the majority of whom were civilians.

The march, which began at the village’s centre, continued to the main road, where the IOF attempted to disperse it using barrages of tear gas and rubber coated steel bullets. No major injuries reported.

After a great popular demonstration with the support of our brothers and sisters – Palestinian, Israelis and Internationals – we succeded to re-open the gate at the entrance of the village and to end the siege of Nabi Saleh after three days of blockade. Also the West Gate of the village now is open after about 12 years. We had to physically fight and resist against the most arrogant army in the world. The IOF today beated us and shot bombs against us, as well as tear gas, rubber coated bullets and pepper spray. An excessive reaction considering that we were demonstrating in a non violent popular way. Murad Tamimi, taken during the protest, is still under detention.

Today, amongst our demands there was also the freedom of movement for all Palestinian and the end of the check point, walls and gate system that is dividing the West Bank and the Palestinians.

We demand the release of Murad Tamimi and of Mariam Barghouti – arrested in Nabi Saleh friday – immediatly. 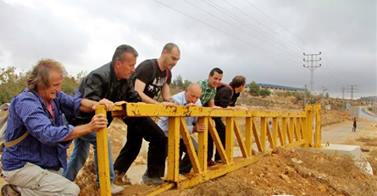 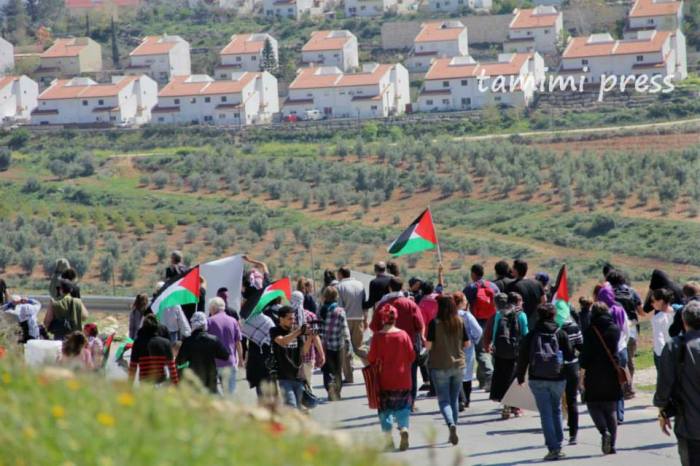 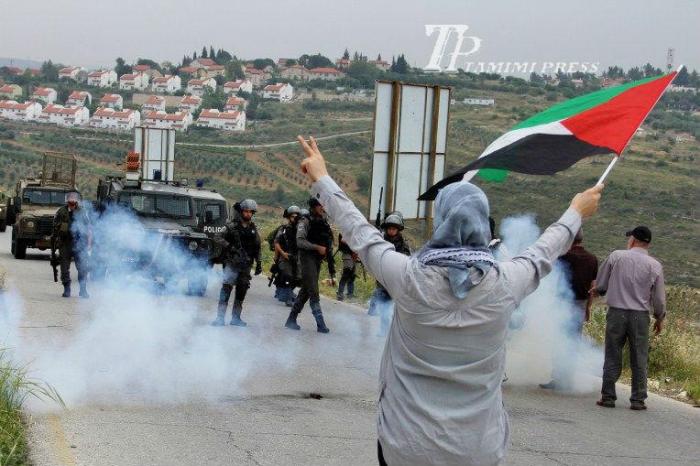 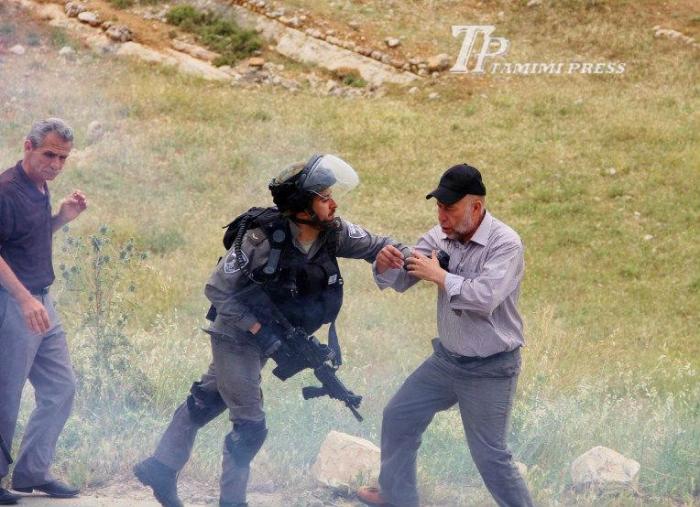 Israeli Occupation Forces arrest Othman Bazzar from Ramallah. He was beaten and fainted. A Palestinian ambulance workers were able to eventually treat him. According to a report from an Israeli activist who was arrested at the same time, he was unconscious and the ambulance workers were not able to rouse him. He was then apparently taken to hospital (not sure where). Also arrested were two other Israeli activists and a 15 year old child from Beit Rima (next to Nabi Saleh) and another man from Beit Rima.

Hilmy, one of the photographers for Tamimi Press was also shot at close range with two rubber coated steel bullets. Will update once again, when we have more information on Othman and the other arrests.  The IOF also sprayed “skunk” deliberately at Palestinian homes in order to try and intimidate village residents.