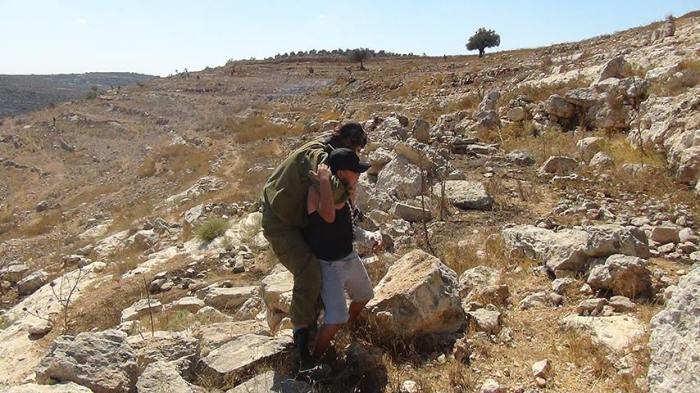 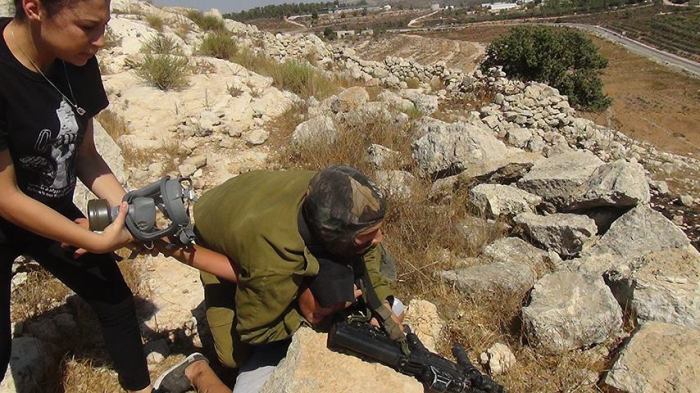 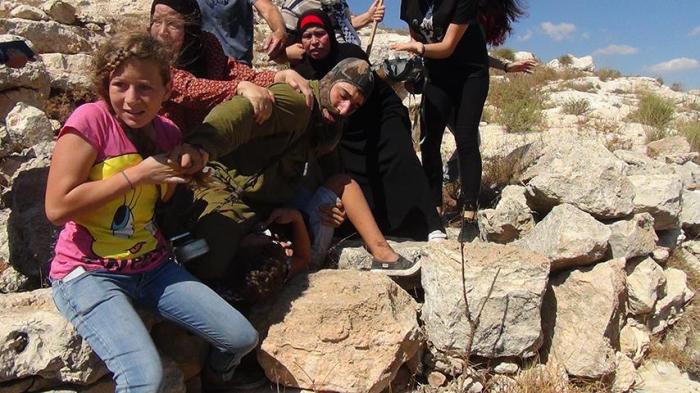 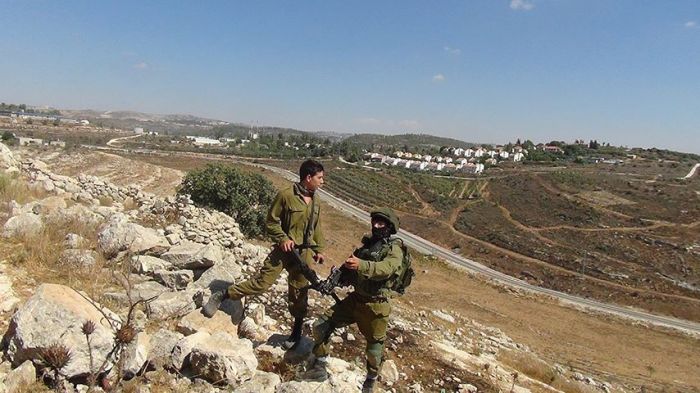 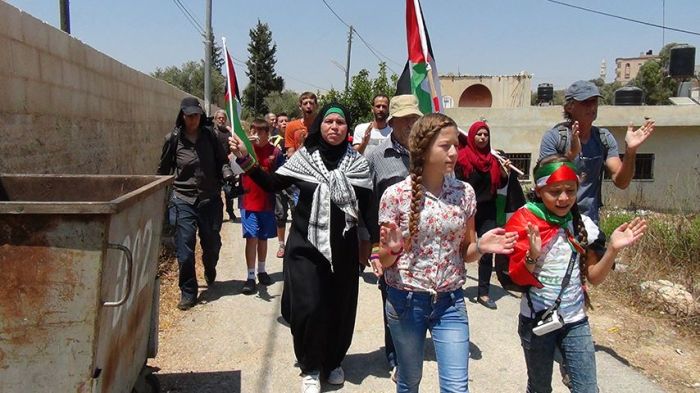 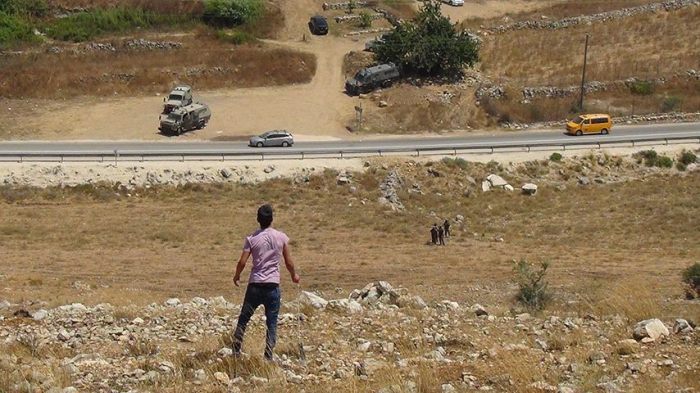 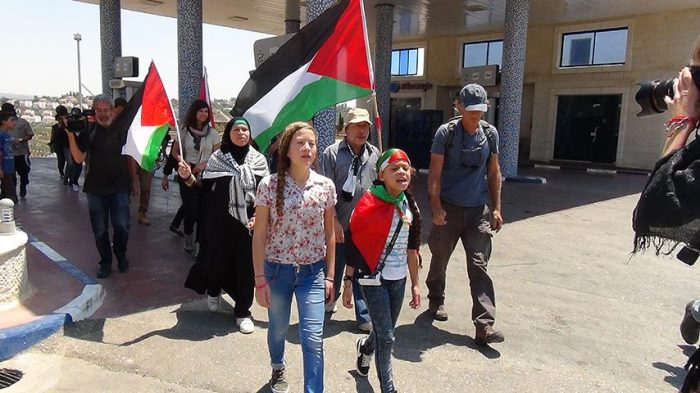 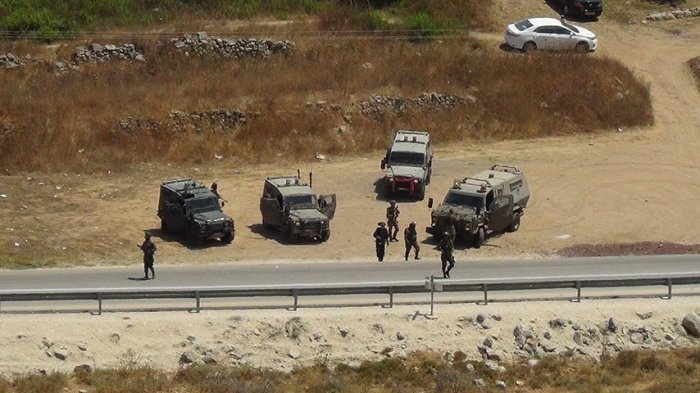 RAMALLAH (Ma’an) — Two Palestinians were shot and injured by Israeli forces Friday during a weekly demonstration in the occupied West Bank town of Nabi Saleh, witnesses said.Israeli forces had reportedly set an “ambush” near the path where demonstrators planned to walk, opening live fire as the marchers headed towards land confiscated by the neighboring Halamish settlement.During the incident, forces shot a 17-year-old with two live bullets. Witnesses say a bullet passed through one thigh, entering and settling in the teen’s other thigh, while a second bullet hit him in the back.A 27-year-old was also shot in the leg. The injured demonstrators were taken to a hospital in Ramallah for treatment.Israeli soldiers attempted to prevent the ambulance carrying those injured from leaving the scene for a short period of time, witnesses added.An Israeli army spokesperson had no immediate information on the incident.Two Palestinians have died from live Israeli fire in the past few days, bringing the total number of fatalities at the hands of Israeli forces to 17 since the start of 2015.Rights groups have criticized Israel for disproportionate use of force against unarmed civilians during demonstrations.While crowd control weapons are intended to be non-lethal, many methods used by Israeli forces can cause death, severe injury, and damage to property, critics say.Residents of Nabi Saleh — similar to villages and towns across the occupied West Bank — have staged weekly demonstrations for years in protest of private land confiscated by Israeli authorities.Large portions of the Jewish-only Halamish settlement is built on land belonging to Nabi Saleh residents.

At today’s protest the girls & women of NabiSaleh sing of freedom in the face of Israel occupation forces. Activists on the ground in Nabi Saleh also report Israeli Occupation forces firing both steel coated rubber bullets and live ammunition at unarmed protesters.