The weekly Friday demonstration in the village of Nabi Saleh was a show of solidarity with the Palestinians in Gaza, who have been under constant Israeli fire in the past few weeks. Around 1500 Palestinians have been killed in the#Gaza strip so far, about a third of them children. Villagers accompanied by international and Israeli activists marched today from the centre of the village calling for an arms embargo on Israel, justice for the victims and an end to the massacre. The Israeli army responded with barrages of tear gas, rubber-coated steel bullets and a few rounds of live ammunition. No major injuries reported. 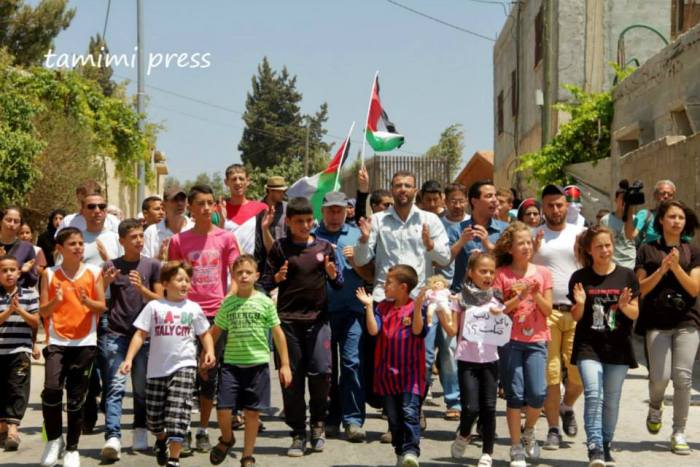 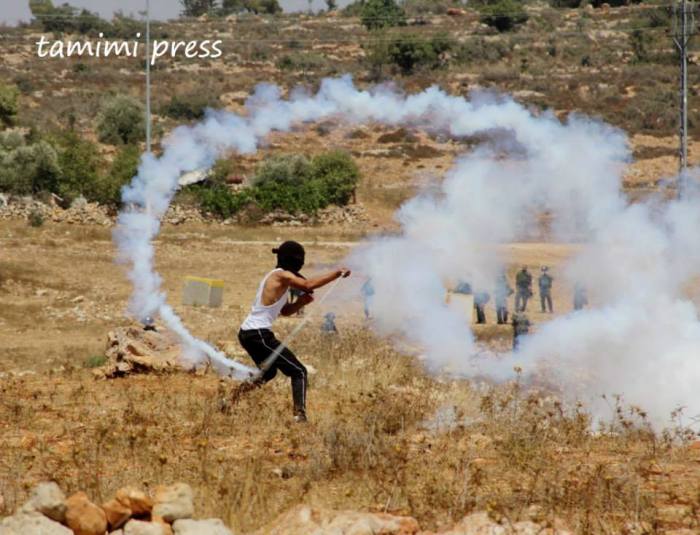 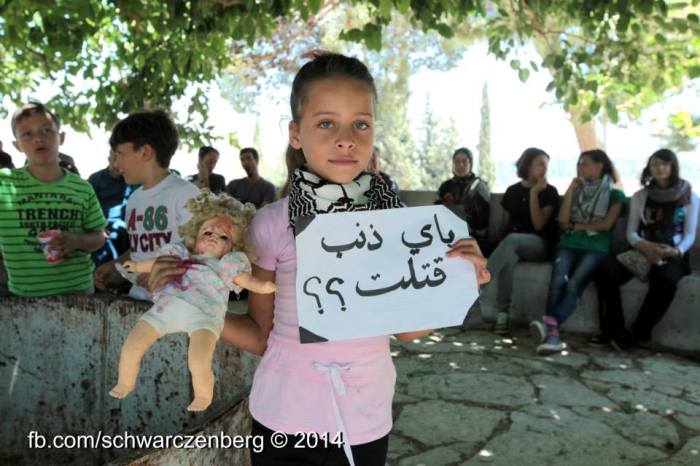 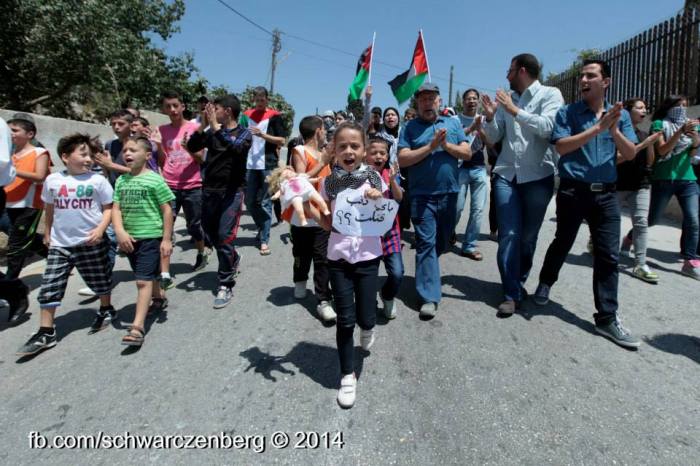 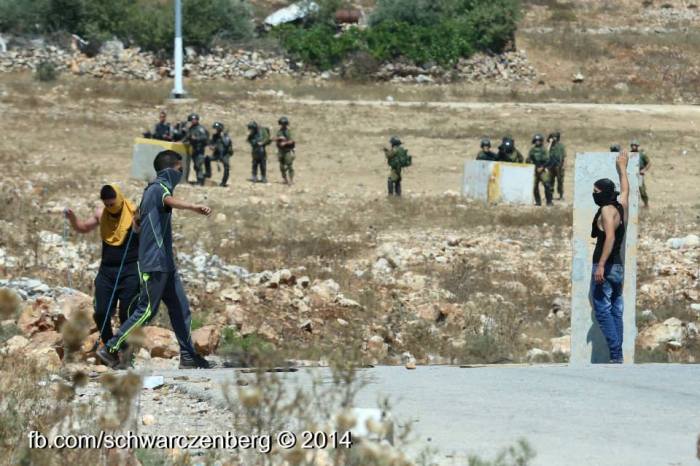 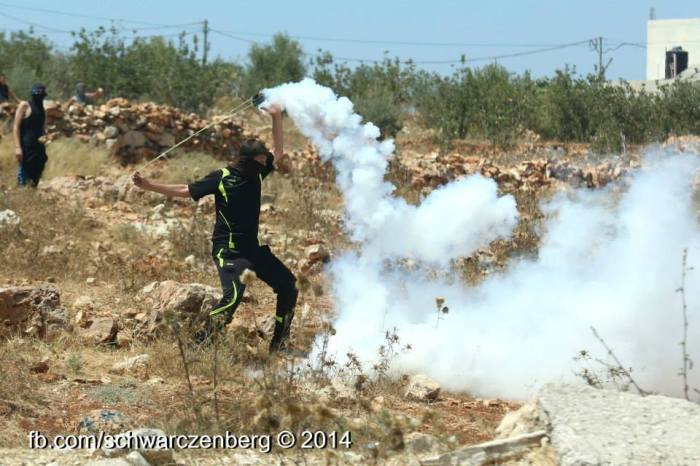