If you seek to obtain a truly comprehensive picture of the state of press freedom and freedom of expression in territories under Israeli control, come watch Israeli soldiers shoot at journalists in the West Bank.

On Friday, 29 July, at the start of the weekly Palestinian demonstration in the West Bank village of Nabi Saleh, Israeli army infantry reservists opened fire with riot-control weapons on a group of some 10 press photographers.

This attack crossed a red line.

The troops had just repelled a march of several dozen Palestinian, Israeli and foreign protesters with a few rounds of tear gas grenades and forced them back towards the village’s central square and out of view. The only individuals on the street visible to the soldiers at this time were photographers. They carried multiple still and video cameras and tripods and they wore unique blue flak jackets and helmets marked with “PRESS” or “TV.” The distance between the journalists and soldiers was less than 100 meters and visibility was clear.

Photojournalists working in the West Bank are used to being caught in the cross-fire, and are sometimes hit by rocks thrown by Palestinians or by various types of ammunition fired by Israeli troops. This is part and parcel of the job and rarely does anyone make an issue of it.

This is the first time I am speaking publicly about any perceived abuse of the media by any side involved in this conflict.

When once punched in the face by a Fatah activist a number of years back, I kept my cool and simply resumed working. I also kept my mouth shut earlier in July, when a Border Police officer in Nabi Saleh fired a tear gas grenade directly at me, hitting my camera and left hand at a time when I stood alone in the street while Palestinian protesters were located behind the rise of a hill at a distance of several hundred meters.

But here is the difference: the attack of 29 July was intentional and sustained and the troops were fully aware of what they were doing. I had never before come under a sustained, direct and intentional attack by an Israeli military force aimed directly at me and at fellow journalists.

END_OF_DOCUMENT_TOKEN_TO_BE_REPLACED

Audrey Faber responds to the brutal beating of Palestinian journalist, Moheeb Barghouti and the claim of Israeli Occupation Force soldiers that they are being “misrepresented”.

If this is what happens to photographers who “misrepresent Israeli soldiers,” here is my rebuttal: 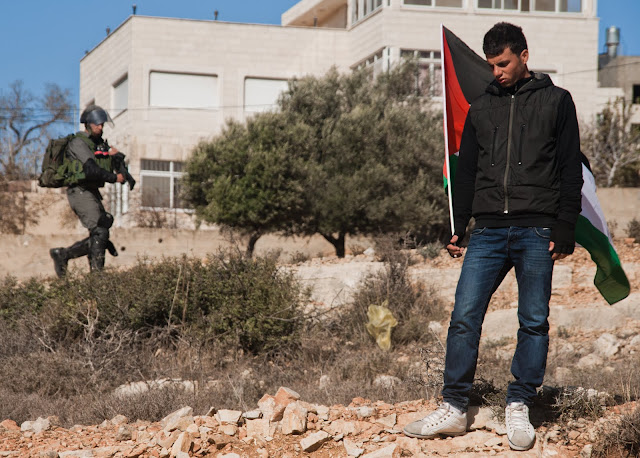 From the start, non-violent protesters are surrounded by heavily armed soldiers. 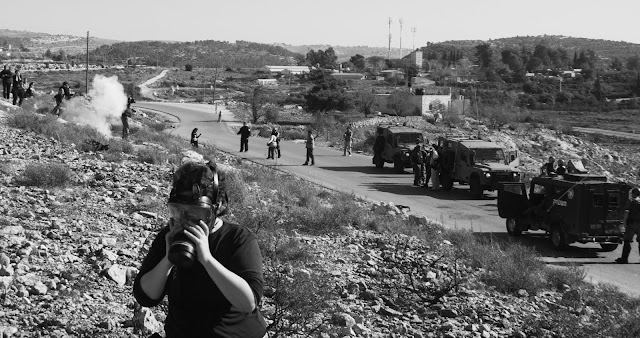 Tear gas is launched from army trucks blocking the road out of the village before anything other than marching and chanting has taken place. 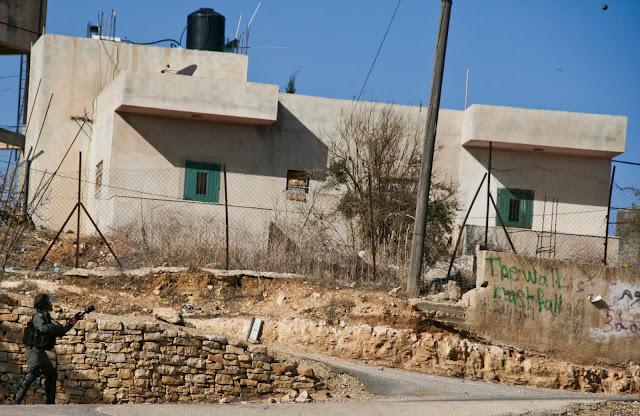 The soldiers begin their game of cat-and-mouse. 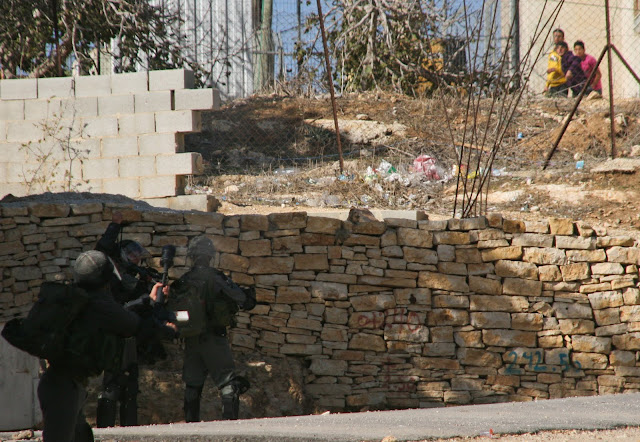 Children are targeted, only temporarily at an advantage for better knowing shortcuts through the homes and streets of Nabi Saleh, a village on a hill. 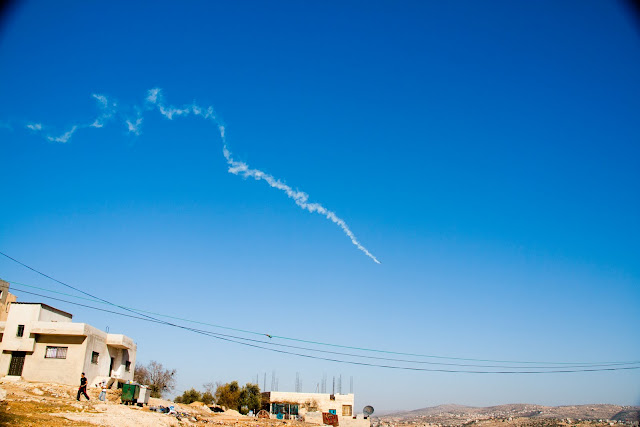 The onslaught begins, and continues. 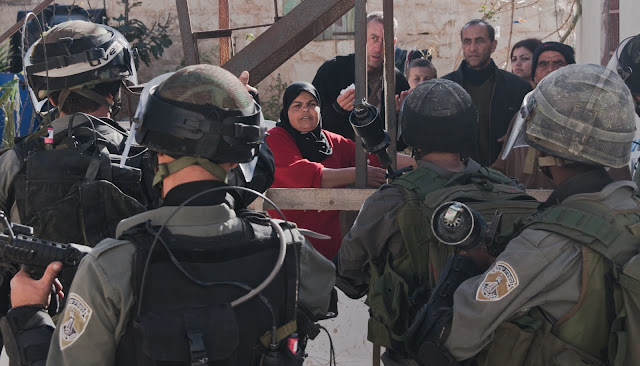 Soldiers try to force their way into a home…